Each year in December the DSTA presents its Outlook. The outlook looks back to the past year and looks forward to the financing of the state debt in the coming year. Each Outlook is decorated with beautiful photos of the Netherlands, following a specific theme. These photos can be found all over this website. Here you can find an overview and explanation of the themes of the past years, and the corresponding photos.

In 2019, the Dutch government concluded two far-reaching agreements in accordance with the traditional ‘polder model’: the Climate Agreement and the Pension Agreement. Both agreements connect and bind stakeholders in their desire to build bridges, to cross divides, towards a sustainable future.Closer to home, the DSTA acts as a bridge between the Ministry of Finance and the ‘markets of finance’. A continuous dialogue with our Primary Dealers and investors is essential for bringing together the most optimal strategy for managing the State’s debt and the needs and the preferences of market participants.One can build bridges by starting at each side, but one has to make sure both sides meet in the right place, somewhere in the middle. This is exactly what we did - through dialogue - when drawing up the DSTA’s new policy framework and the funding plan for 2020. 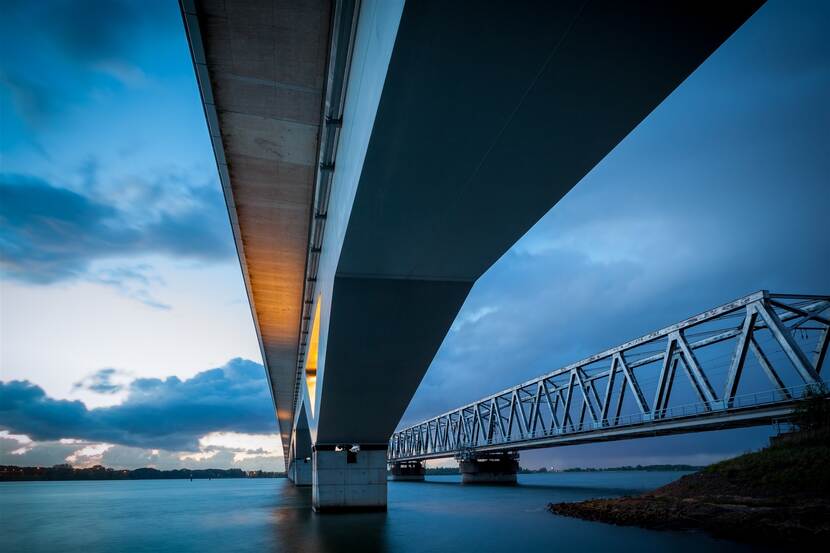 High-speed railway- and railway bridge crossing the Hollandsch Diep, with the Hoeksche Waard and the Island of Dordrecht on the opposite side.

2019 Will be the year where the Dutch Government will issue its first Green government bond. The pictures in the 2019 Outlook give an impression of government projects and expenditures that are made and could be eligible for the proceeds of this green bond. Investments in the Dutch rail infrastructure is one example, which increases the capacity for clean transportation. Another, is the support for the construction of wind turbine parks, providing us with sustainable and green energy. And yet another is the Delta Fund, which is a typically Dutch example of resilience for flood protection and extreme weather conditions. 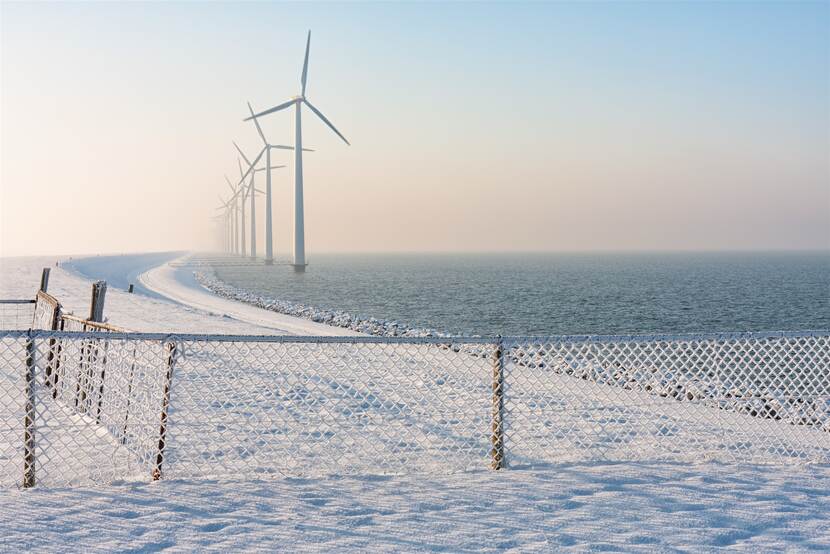 Imagine being dropped in the middle of one of our cities, like Amsterdam, Rotterdam or The Hague. What would you experience? You would see hustle and bustle all around. You would have a choice of many fine restaurants and friendly pavement cafes where people meet up for business or pleasure. You would see workers renovating old buildings. You would visit innovative businesses that combine promising ideas with cutting-edge technology. And late  at night you could catch an eco-friendly bus or tram to take you back to your comfortable hotel.

In other words, the Dutch economy is flourishing, and has been for several years now. That is why we have chosen ‘vibrant cities’ as the photo theme for the Outlook 2018. This theme has a direct link with the DSTA. Not only is the economy growing, but also, Dutch public finances are in excellent health. Debt levels are falling and the State’s borrowing requirement is decreasing to pre-crisis levels. Overall it is fair to say that life in the Netherlands is full of optimism. And we invite you to take part. 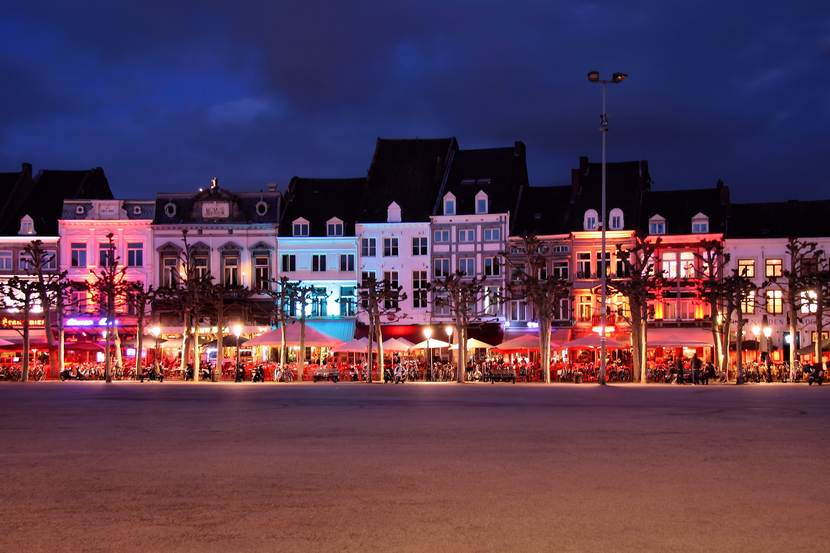 The DSTA’s core values of transparency, liquidity and consistency have always been deeply imprinted in every decision, new policy and action taken by the DSTA. This was true in a period of turbulent and challenging market circumstances, such as during the financial crisis. It remains just as important today as stability is returning and the Dutch funding requirement has decreased. In the coming years, new circumstances and insights might demand flexibility and necessitate change. Even so, our core values will remain at the heart of our policies, strategies and operations at all times.

We have chosen to illustrate these core values in the Outlook 2017. Transparency in the form of architecture: from airy greenhouses to bright and modern glass buildings, including our own Ministry of Finance. Liquidity in the obvious and abundant presence of water in the Netherlands: from rivers and streams to small waterfalls and the North sea. Finally, we see consistency in seemingly endless repeating patterns: in highly organised Dutch agriculture, in a line of identical beach cabins, in large amounts of neatly parked bicycles and in rows of cheese wheels waiting to be sold. 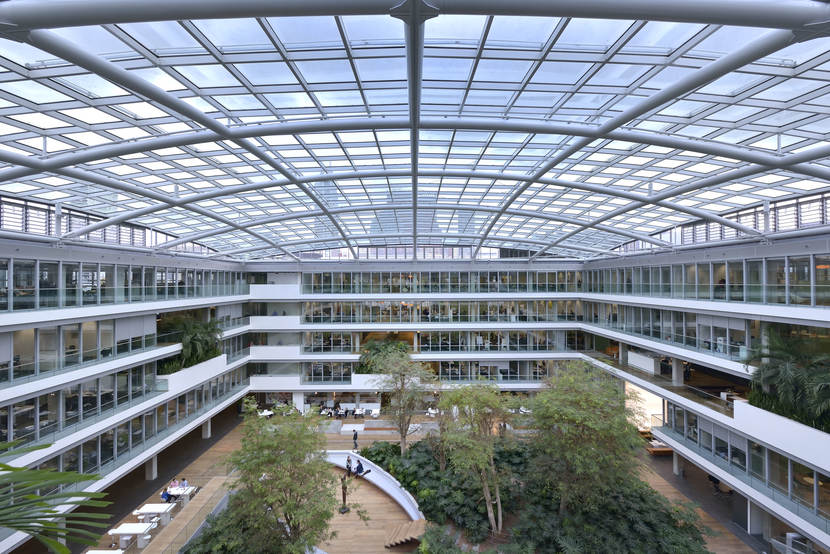 One of the main goals of the new interest rate risk framework for the period 2016-2019 will be to lengthen the average maturity of the Dutch debt portfolio from 4.5 years at the end of 2014, to around 6.4 years in 2019.  With the current historically low interest rate environment, especially for (Dutch) Government bonds, it makes sense to extend the average maturity and thereby lower the interest risks with almost negligible costs. Extending, lengthening and elongating are therefore the main themes of the photo theme of this Outlook.

The Netherlands has a proportionally long coastline when compared to the rest of mainland Europe: the Netherlands ranks seventh1 after Norway, Denmark, Greece, Finland, Croatia and Sweden. The tallest buildings in the country are situated in Rotterdam with the Maastoren (165 meter), New Orleans (158 meter) and Delftse Poort  (151 meter) forming the country’s top 3. The river Meuse (or Maas in Dutch), originates in France and runs through Belgium and the Netherlands. Of its total lenght of 925 km approximately 238 km run though the Netherlands, making it the longest river in  the country. 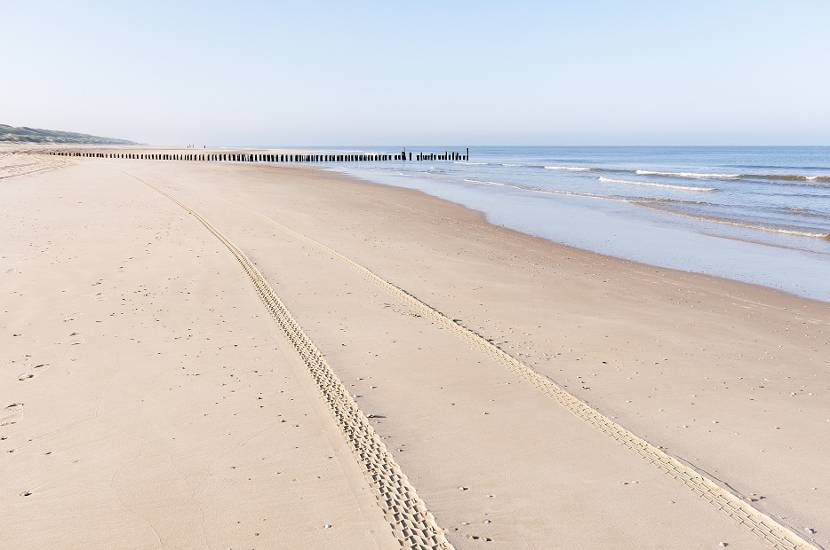 The Dutch proverbs: ‘na regen komt zonneschijn’, which means that good things always follow bad things, is in Dutch even more connected to the weather than in English. It has been taken as the main theme of this Outlook. After all the negative economic news of the past years, 2014 has finally shown some hopeful signs of recovery, however precarious. The pictures of Dutch skies in this Outlook are very cloudy at first and improve during the Outlook. They are a visualization of the improvement of the Dutch economy in the next few years. We are hopeful and believe the Dutch economy to be as water resistant as its inhabitants, who for many decades have struggled and survived, regardless of (economic) hardships or bad weather. 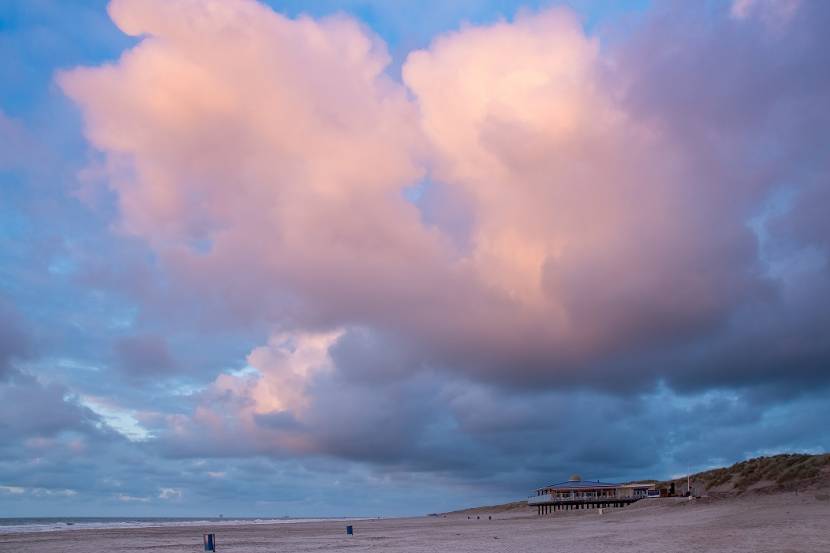 A pink cloud over a North Sea beach

In the Netherlands, many beautiful building from the 17th century (or even earlier) have been well preserved. The architectural style was very decorative, as evidenced by the many elaborate embellishments or the characteristic stepped gables, while the thick walls and small windows underline the sturdiness and durability of the construction.In order to showcase the best its architecture through the centuries, many buildings from past eras have a protected status. This necessitates creativity on the part of city planners and modern architects, who need to work around the restrictions associated with such heritage buildings. This often leads to innovative outcomes. The pictures in the Outlook 2014 show examples of such convergence of old and new elements in Dutch architecture.

Similarly, the Dutch economy is based on strong and durable fundamentals. A long history as a major international trading power has laid the groundwork for today’s competitive, export-driven economy. Careful maintenance of these solid fundamentals, including measures to keep public finances sustainable and to equip new generations with skills which will help them succeed in the new economy, will ensure that the Netherlands continue to thrive in the modern world. 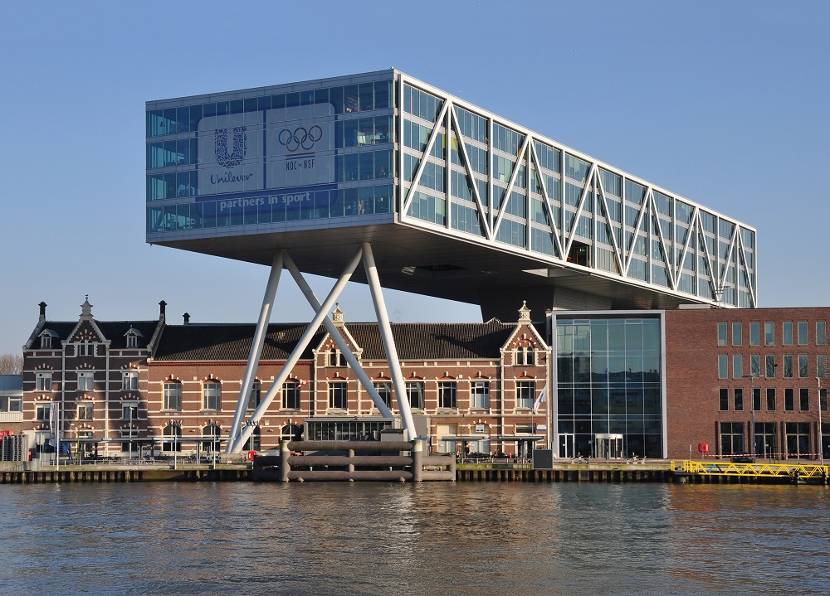 The Dutch economy has always been heavily dependent on trade. The collection of pictures in this Outlook shows various buildings that were traditionally part of a Dutch city’s trading infrastructure. Many of the photographs depict so-called ‘waaggebouwen’. Literally translated, this means ‘weighing buildings’. Merchants were obligated to weigh their produce, such as milk or cheese, at a city’s official weighing building before offering it for sale. In this way, the weighing buildings supported fair and efficient trade. Merchants paid a small fee for the weighing service, which can be regarded as an early form of VAT charges. Most of the buildings shown stem from the seventeenth century, the Netherlands’ ‘Golden Age’, when the United Provinces amassed huge wealth from international trade. 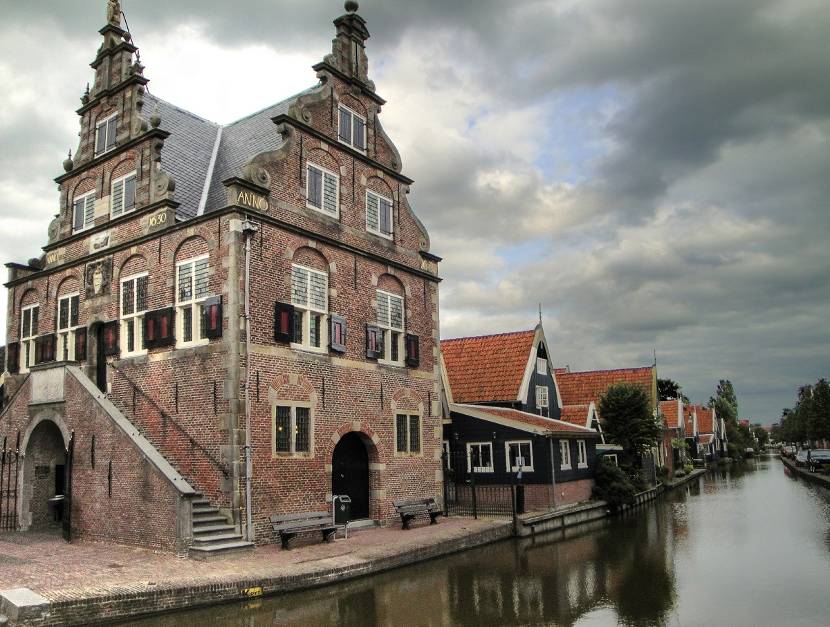